An unidentified Bitcoin Cash miner has been actively collecting lost BCH. Instead of giving the funds back to their rightful owners, the miner chose to keep the funds to themselves.

This amount was an accumulation of anyone-can-spend money following the Bitcoin Cash hard fork.

At that time, both blockchains had similar-looking addresses, which made it hard to distinguish one from the other.

These lost funds became honeypots for whoever can get to them first.

Yet years went by and the developers weren’t able to correct this issue right away, which resulted in 18,000 lost BCH coins from its users.

Half of them were recovered by benevolent mining pools and returned to their owners, the other half taken by a mysterious miner.

Back in September 2017, a Reddit user recognized the need for a BCH recovery service after witnessing all the lost coins, with no way of preventing them from happening again.

Unfortunately, this only resulted in more BTC vs. BCH drama and endless debates that no sincere action was taken.

But as the bounty size of the misplaced funds became larger and larger, people started to take them more seriously. Antoine Le Calvez of Coinmetrics tweeted the estimated amount of wrongly sent BCH around that time.

As of right now, there has been at least 478 BCH ($644k) sent by mistake to SegWit addresses. Contact your local miner if you want to recover your funds

Two days after the tweet, Mining pool BTC.com conducted the first-ever coin recovery operation and returned 100.7 BCH to their rightful owners. Since then, the pool continued to recover BCH funds while taking 10% as a finder’s fee.

Later on, other pools like BTC.top and ckpool joined in and helped recover user funds. 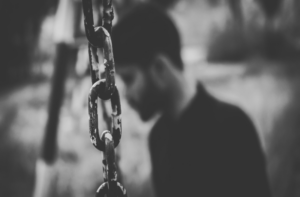 The Bitcoin Cash community had scheduled two hard forks in November 2018 and May 2019, respectively. Both have important code changes for lost fund recoveries.

This consequently attracted malicious miners wanting to claim the bounty for themselves.

In response, the miners cooperatively decided to launch a chain reorganization, basically attacking the network in order to orphan the blocks mined by the unknown miner. This attack prevented its users from losing access to their SegWit funds.

A chain reorg has generally been frowned on by the crypto community.

A week before the BCH 51% attack, Binance lost around 7,000 BTC from a hacker and considered working with the miners to reorg the stolen transactions. Despite the horrible situation, many in the community were firmly against reversing transactions; hence, the idea was quickly abandoned.

Recently, the top Bitcoin mining pools have colluded to direct 12.5% of BCH block rewards from May to November this year for the so-called “6-month short-term donation plan” in order to finance Bitcoin Cash development.

All things considered, do you think the Bitcoin Cash network is truly decentralized?